"This fellow here over here with the yellow shirt, Macaca, or whatever his name is. He’s with my opponent. He’s following us around everywhere. And it’s just great. We’re going to places all over Virginia, and he’s having it on film and its great to have you here and you show it to your opponent because he’s never been there and probably will never come."

"…Lets give a welcome to Macaca, here. Welcome to America and the real world of Virginia."  – Senator George Allen, August 11, 2006

The Senator from Virginia, my state, is referring to a Webb campaign volunteer of Indian descent. The volunteer has a name: S.R. Sidarth. But Senator Allen prefers to call him "Macaca".

Virginia Sen. George Allen (R) apologized Monday for what his opponent’s campaign said were demeaning and insensitive comments the senator made to a 20-year-old volunteer of Indian descent.

At a campaign rally in southwest Virginia on Friday, Allen repeatedly called a volunteer for Democrat James Webb "macaca." During the speech in Breaks, near the Kentucky border, Allen began by saying that he was "going to run this campaign on positive, constructive ideas" and then pointed at S.R. Sidarth in the crowd.

Depending on how it is spelled, the word macaca could mean either a monkey that inhabits the Eastern Hemisphere or a town in South Africa. In some European cultures, macaca is also considered a racial slur against African immigrants, according to several Web sites that track ethnic slurs.

A "macaca" is a monkey found in Asia and Africa. Here is a picture of a macaca: 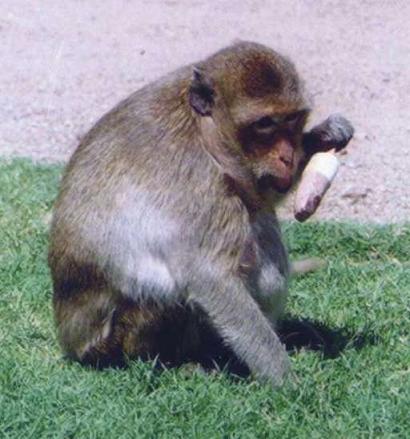 Here is a picture of S.R. Sidarth: 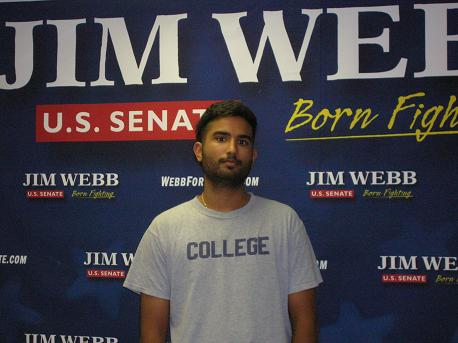 I am not sure what was going on inside George Allen’s head, but I am betting that he wasn’t thinking about zoology.

This entry was posted in Politics, Society. Bookmark the permalink.

17 Responses to “Welcome To America”