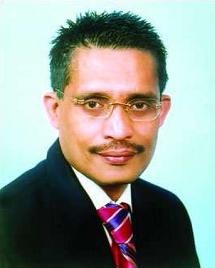 It turns out that Dr. Richard Benkin, the "reporter" who is the source of stories about Salah Uddin Shoaib Choudhury and Mr. Choudhury’s supporter, is registered as a foreign lobbyist. However, if I asked you to guess which government he represented, you would probably be way off the mark.

On September 6, 2005 Dr. Richard Benkin registered as a foreign agent with the United States Department of Justice, under the Foreign Agents Registration Act (FARA), for the Government of Bangladesh. [Click here to see the registration document.] Given the kind of articles Dr. Benkin writes about Bangladesh, this revelation is rather shocking.

Dr. Benkin was hired to prepare and disseminate informational materials via radio or TV broadcasts, magazines or newspaper articles, letters or telegrams, press releases and the internet. He was hired to disseminate this information to public officials, civic groups or associations, legislators, newspapers and editors. According to the document filed with the US government, Dr. Benkin had already received $5000 from the Government of Bangladesh as payment for his services. He was to receive $5000 per month based on an oral agreement between Dr. Benkin and the Government of Bangladesh. According to the filing:

The Registrant agreed to provide Public Relations services to the Foreign Principal at a cost of $5000.00 per month, to be paid to the Registrant at the beginning of each month for services that month. There is no formal duration, but it is expected to last at least twelve months.

There is one significant difference between Dr. Benkin’s lobbying and those of Ketchum and The Washington Group. While Ketchum and The Washington Group indicated in their filing that they would deal with the Bangladeshi Embassy in Washington via the ambassador, Shamsher M. Chowdhury, the filing by Dr. Benkin indicated that he would deal with Lutfuzzaman Babar, State Minister for Home Affairs in Bangladesh. The difference is significant.

As an aside, the reader will note that in the first email Rabbi Sue Levy sent me regarding Mr. Choudhury, she accused the Bangladesh Embassy in Washington of trying to discredit Mr. Choudhury.

It does seem unusual that Dr. Benkin would ink his deal with a Bangladeshi state minister involved with domestic law and order, rather than with the official representative of Bangladesh, that is the ambassador and the Embassy. Why the Bangladesh Embassy was sidestepped in a foreign lobbying effort is certainly food for thought. Further Mr. Babar is featured and cited in a large number of Dr. Benkin’s "reports" about Salah Uddin Shoaib Choudhury – yet, Dr. Benkin never mentions that he is a paid consultant working for Mr. Babar. Mr. Babar was also featured in a glowing article dated June 15, 2006 entitled "Babar & His Magic Stick" in the Asian Tribune, Dr. Benkin’s mouthpiece of choice. The article was written by a certain Christopher Giddings whose prose is decidedly Bangladeshi in tone, rather than one of a native english speaker.

Those familiar with Bangladesh will note that Mr. Babar is a young politician who gained a reputation for ruthlessness by creating the Rapid Action Battalian (RAB) in March 2004, a paramilitary force responsible for countless extra-judicial killings in Bangladesh. Those unfamiliar with RAB under Mr. Babar can get a sense of their modus operandi by reading the publication "Judge, Jury and Executioner" by Human Rights Watch.

The current interim government in Bangladesh is likely tightening the noose on Mr. Babar, now the former state minister, on alleged corruption charges. So far, anti-corruption forces have raided his home, and have arrested his personal secretary and his cousin on corruption charges.

I can see why Mr. Babar might want a personal PR man to defend his brand of human rights abuses – a lot of people have famously died in the "crossfire" as RAB hunted extremists and common criminals alike. However, Mr. Babar might have been running his own little fiefdom without official government sanction. It makes little sense that at the same time the Government of Bangladesh, through legitimate diplomatic channels, was enlisting the likes of Ketchum and The Washington Group, that a state minister in Bangladesh would hire a foreign lobbyist on his own. It also seems odd that he is repeatedly cited by Dr. Benkin in his "reports" that masquerade as news stories without mentioning that Dr. Benkin is on Mr. Babar’s payroll. I am sure the anti-corruption authorities in Bangladesh will have a few questions.

There is a lot of reporting to be done here. I leave it to the reader and fellow Bangladeshi bloggers to fill in the blanks to paint the complete picture. Something smells, and it smells bad.

BONUS for Bangladeshi readers: Here is a glowing article about Tareque Rahman by the aforementioned Christopher Giddings in the Asian Tribune. For non-Bangladeshis, Tareque Rahman, the son of the previous prime minister, is known in Bangladesh as "Mr. Ten Percent" and he has just been arrested for massive corruption.

This entry was posted in Bangladesh, Foreign Policy, Politics. Bookmark the permalink.