A Terrorist Hides In The United States 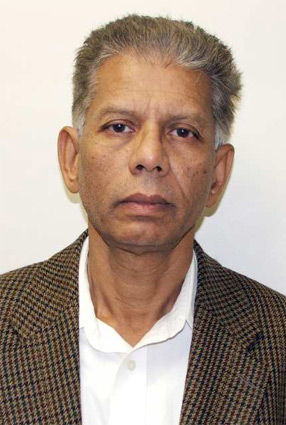 Once you have seen tanks on the streets, you are never the same.

I was born into genocide and I grew up a witness to terrorism. I am scarred by man’s inhumanity to man. Killers have laid their filthy hands on my head, smiling as they gave me life advice. I took a different advice – that of my father. I believe in human rights and the rule of law, I believe in due process and I believe in the cause of justice – even if justice is delayed.

Three decades delayed. My hair is grayer, my hair is thinner, but my resolve is strong.

At 12:30 a.m., the plan began to roll. Led by officers of the 1st Lancer Regiment, 13 Soviet-built tanks, donated to Bangladesh by Egypt last year, rumbled out of the military cantonment just a few miles from Dacca airport on the outskirts of the capital.

The tanks fanned out, three of them going to Mujib’s modest bungalow in the Dhanmundi section of the capital, one tank and an artillery piece to the home of his nephew, Sheikh Falzul Huq Moni, and a company of infantry-men to the home of Mujib’s brother-in-law, Serniabat Abdur Rab, the minister for flood control.

At Mujib’s house, the scene was bitter and bloody. A senior officer loyal to the president, Brig. Gen. Jamil Ahmed, rushed to tell Mujib of the approaching troops. Minutes after he got to the house, it was surrounded. He went outside to argue with the officers and was shot dead with three machine gun rounds in his chest.

According to some sources, the officer leading the troops at the president’s house, a major named Huda, handed Mujib a document of resignation to sign. Mujib, in a characteristic outburst, refused and roundly abused the young officer.

At that point, according to these same sources, one of Mujib’s sons, Sheikh Jamal, burst into the room with a pistol in his hand and was shot dead. Mujib again cursed the officer. Then another son, Sheikh Kamal,  stumbled into the room, shouting for help from the Rakkhi Bahini. Huda, armed with a Sten gun, cut down the son.

Then, as one source put it, "the real massacre began." Soldiers rushed into the house and began searching the rooms. In quick succession they opened fire on Mujib’s wife, who was sobbing hysterically, their two new daughters-in-law and their youngest son, ten year-old Russell.

The soldiers discovered Mujib’s brother, Sheikh Nasser, hiding in a second-story bathroom and they stabbed him to death with bayonets. They also killed two servants.

At Sheikh Moni’s house, also in the relatively comfortable Dhanmundi section, a tank opened fire and a large shell missed the building and impacted in the neighboring Mohammedpur section, killing a dozen people. The soldiers also killed Moni’s wife and a child.

Flood Control Minister Rab was killed in his home and his wife was shot, too, but she reportedly survived and is hospitalized.

The Islamist-leaning Majors ran Bangladesh until they were forced out of the country on November 3, 1975 by senior officers of the army. However, the night before they fled, they managed to enter Dhaka Central Jail and murder the four leaders they had previously jailed:

The broadcast came as a group of Bengali officers in Bangkok, ejected from Bangladesh after Monday’s coup, charged that the coup and the killings were part of a move toward military dictatorship.

Khalid took control after it had been decided that Farook [the August 15th coup leader], 14 other young officers, 2 top noncommissioned officers and 12 wives and children would leave Dacca for Bangkok.

Farook and Lt. Col. Khandakar Abdur Rashid said the officers left Bangladesh to "avoid widespread bloodshed." Their departure for Bangkok apparently diffused a 21-hour standoff in the squalid streets of Dacca between infantry troops led by Khalid and armor and artillery forces loyal to President Mushtaque.

"Our main guns would have caused a bloodbath among the diplomats, their wives and children," said Farook. Asked if there wasn’t a certain irony in his concern after he and his fellow junior officers had cold-bloodedly murdered Mujib and his entire family on August 15th, he replied, "We killed only those who had to be removed. Our original plan was to kill just Mujib, but we had no choice. We had to kill the others too, although we’re very sorry about that."

Before the "seven Majors" and their co-conspirators fled, they managed to pass the Indemnity Act giving them immunity for the killings they were involved in. The events of 1975 began a 16-year period of military rule in Bangladesh. After democracy was restored in Bangladesh in 1991, the Indemnity Act was finally repealed in 1996. Finally, more than two decades after their crimes, in 1997, the government of Bangladesh began criminal proceedings against the participants in the murder of Sheikh Mujibur Rahman in August 1975. Initially, of the 20 charged, 15 of the coup plotters were convicted and sentenced to death in November 1998, after a two-year trial. Only five of the accused were in court for the hearing – the rest were absconding abroad and tried in absentia. Of the five present, three were convicted and two were acquitted. On appeal, the High Court of Bangladesh in 2001 upheld 12 of the 15 original convictions.

Mohiuddin now claims that he was just manning a roadblock near the house where Sheikh Mujib was killedand that he was not involved in any violence. It is an argument the Ninth Circuit Court of Appeals rejected:

Ahmed, then an army major, says that although he manned a roadblock a mile from President Sheikh Mujibur Rahman’s home, he thought the leader would be arrested peacefully.

"Myself and others believed that the orders we received were lawful," Ahmed said. "At no time was I, or my troops, involved in any violence."

But Rahman and seven family members, including his wife and 10-year-old son, were killed, and the U.S. 9th Circuit Court of Appeals ruled that Ahmed had participated in terrorist activity.

"Even his own account of his actions established that he assisted or otherwise participated in the persecution of persons on account of their political opinion," a three-judge panel of the federal court said last month.

Mohiuddin is now playing victim and he has at least one taker in Congressman Dana Rohrabacher:

Ahmed’s family and lawyer want him deported to another country where he could seek political asylum and fight his conviction. His lawyer, Joseph Sandoval, said Ahmed cannot appeal in Bangladesh because he was not in the country during his trial.

"Essentially, they want to take him from the plane to the gallows," Sandoval said. "We think that is fundamentally unfair." He added that his client is not the "heinous person" the U.S. and Bangladesh governments have made him out to be.

But time is running out. Ahmed was to have left the country Monday night, but Rep. Dana Rohrabacher (R-Huntington Beach) called Homeland Security Secretary Michael Chertoff’s office and requested a delay.

"Amnesty International and our State Department has questioned the integrity of the Bangladeshi judicial system," said Tara Setmayer, a spokeswoman for Rohrabacher.

"And because of that, Dana felt as though there would be no harm in trying to buy some time for his legal counsel to find a country" where he would not be put to death.

"Given the circumstances, he said he’d be willing to place a phone call or two to buy some time and figure things out," she said.

Three decades later, we who lived in Bangladesh at the time still remember the names and faces of the murderers. We remember their public boasts about the killings. We remember how they plunged a secular republic into military rule and allowed Islamists to infiltrate the country. We know where they are hiding: in Pakistan, Saudi Arabia, Libya, the United States and Canada. We keep our list of the killers close at hand.

Notwithstanding Dana Rohrabacher’s support for a convicted terrorist, it should be noted that Mohiuddin has received significantly more due process than any detainee at Guantanamo Bay. He received a two-year trial and an appeal to Bangladesh’s highest court that took another three years. He has been found guilty by a legitimate court of law.

In hiding in the United States, Mohiuddin has shown the cowardice that led him and his cohorts to murder women and children, in cold blood, including a 10-year old boy. He has lived three decades that he denied his victims. In his case, justice has not been swift. It has been delayed but deliberate. In the end, however, Mohiuddin will have to face his cowardice.

5 Responses to A Terrorist Hides In The United States