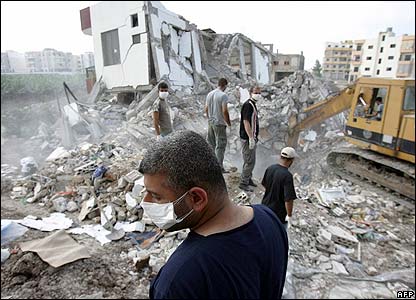 At the State Department Briefing today, Spokesman Sean McCormack had the following exchange with a Turkish reporter:

QUESTION: Fifteen Turkish soldiers have been killed in one week, last week by Kurdish PKK fighters in Turkey coming from northern Iraq. So there is a strong call in Turkey for a cross-border military operation to northern Iraq. Would the United States support Turkey or the Turkish military in such a case?

MR. MCCORMACK: I don’t believe that that’s something that we have supported in the past. What we do support is working together, the multinational forces in Iraq, the Iraqi Government and the Turkish Government coming together to exchange information and to work together to try to address what is a terrorist threat for the Turkish people. Certainly, we have been very clear that the PKK is a terrorist organization, we view it as such, and certainly, we would view with great concern the loss of Turkish soldiers in these terrorist attacks. So what we are trying to do is to have this trilateral mechanism be more robust in trying to address this threat. It’s something the Secretary has talked about with Foreign Minister Gul when he was here and also with Turkish officials when she was in Ankara. [Emphasis added by me.]

In the same briefing, Mr. McCormack had the following exchange concerning the Israel-Lebanon conflict:

QUESTION: Following up. If getting at the underlying causes, is that another way of saying getting rid of some of the terrorist infrastructure in southern Lebanon. And by putting off a ceasefire for now is the U.S. essentially buying time for Israel to do that?

MR. MCCORMACK: No, I wouldn’t describe it that way. Israel has a right to defend itself, absolutely, because any country that was attacked in the way in which Israel was attacked would act in its self-defense. What the world wants to see and what you’ve heard from the G-8 is they want to see an end to the violence. But you don’t want to end the violence, come to a cessation of the violence, come to a ceasefire in which you have the status quo ante. That will result only in more death of innocent civilians, more terror and more instability in the region. We’ve seen this before. We’ve seen ceasefires put in place only to lead to the conditions in which terrorist groups were allowed under the cover of such ceasefires to add to their strength.  [Emphasis added by me.]

There is hypocrisy in the United States foreign policy regarding the right of a nation to defend itself with overwhelming force to a cross border skirmish.

By the Bush Administration’s logic, any nation that had soldiers killed or captured by a neighboring country could respond with overwhelming force and could use the border incident as a casus belli to carry out wider objectives against its neighbor or enemy. However, the Bush Administration’s contention that a justifiable response can go beyond restoring the status quo ante is not supported by International Law. In response to the question on Israel, Mr. McCormack responded that "you don’t want to end the violence, come to a cessation of the violence, come to a ceasefire in which you have the status quo ante." If all nations followed this logic, any nation could respond to a border skirmish by launching a full-scale disproportionate war with wider goals than returning to the state of affairs before the skirmish.

Object and limits of countermeasures

1. An injured State may only take countermeasures against a State which is responsible for an internationally wrongful act in order to induce that State to comply with its obligations under part two.

2. Countermeasures are limited to the non-performance for the time being of international obligations of the State taking the measures towards the responsible State.

3. Countermeasures shall, as far as possible, be taken in such a way as to permit the resumption of performance of the obligations in question.

In 1997 the United States, through the Office of the Legal Advisor of the State Department, stated its official position on the Draft Articles on State Responsibility in a response to the UN International Law Commission. The United States response specific to the Doctrine of Proportionality (Article 49) states in part:

Draft article 49 evaluates the proportionality of a countermeasure by accounting for "the degree of gravity of the internationally wrongful act and the effects thereof on the injured State." n6 We believe that this formulation gives undue emphasis to the "gravity" of the antecedent violation as the measure of proportionality. In the U.S. view, draft article 49 should reflect both trends identified above with respect to proportionality. Proportionality means principally that countermeasures should be tailored to induce the wrongdoer to meet its obligations under international law, and that steps taken toward that end should not escalate but rather serve to resolve the dispute. A conception of proportionality that focuses on a vague concept of "gravity" of the wrongful act reflects only one aspect of customary international law. As Professor Zoller has written, proportionality is not confined to relating the breach to the countermeasure but rather to "put into relationship the purpose aimed at, return of the status quo ante, and the devices resorted to in order to bring about that return." Zoller at 135. See also Elagab at 45. Cf. Commentaries at 319. n7 Because countermeasures are principally exercised to bring a return to the status quo ante, a rule of proportionality should weigh the aims served by the countermeasure in addition to the importance of the principle implicated by the antecedent wrongful act.

Mr. McCormack perhaps has not read the United States position on return to status quo ante.

Therefore, International Law as well as United States interpretation of that law does not support a response to an attack at the border designed to escalate the conflict and go beyond a return to the status quo ante. In the same press briefing, Mr. McCormack gave the "correct" answer in response to a question on Turkey but a wholly "incorrect" and contradictory answer in response to a question on Israel. This kind of hypocrisy in foreign policy does not serve the broader United States national interest. Statements like these coming from the podium of the State Department also provide a green light for further escalation of a crisis that has the potential of seriously destabilizing the region and wreaking havoc on US interests in the Middle East and the Persian Gulf.

This entry was posted in Foreign Policy, Middle East Conflict. Bookmark the permalink.