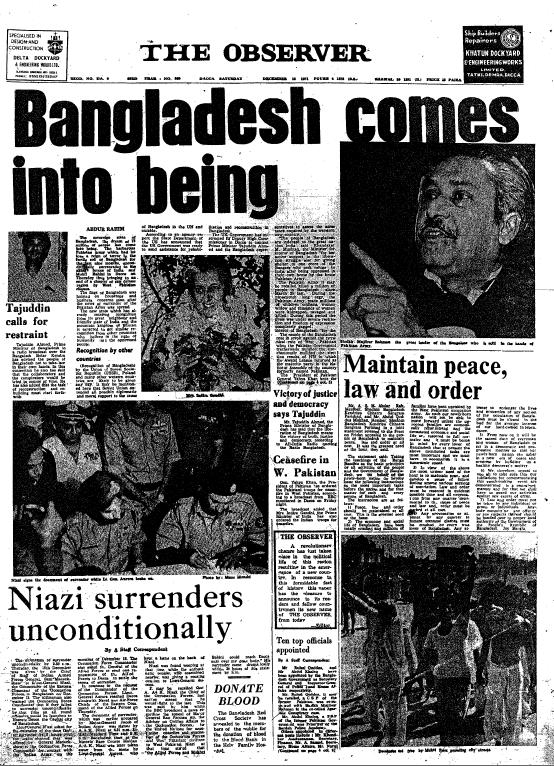 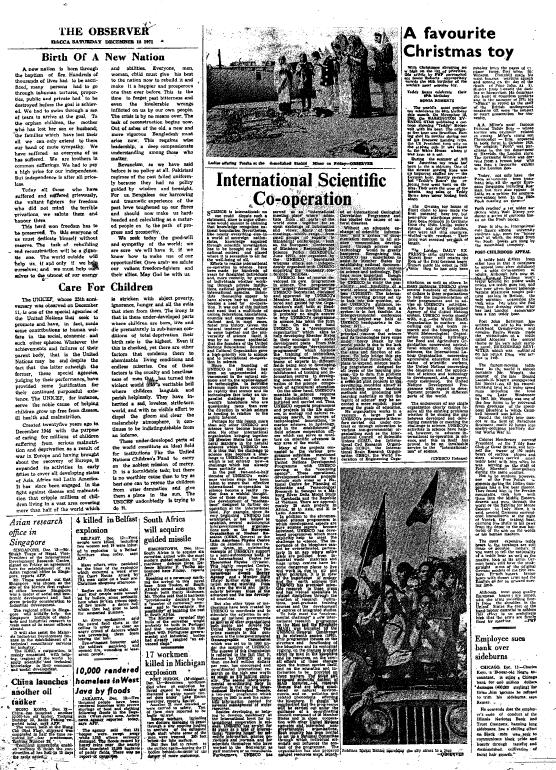 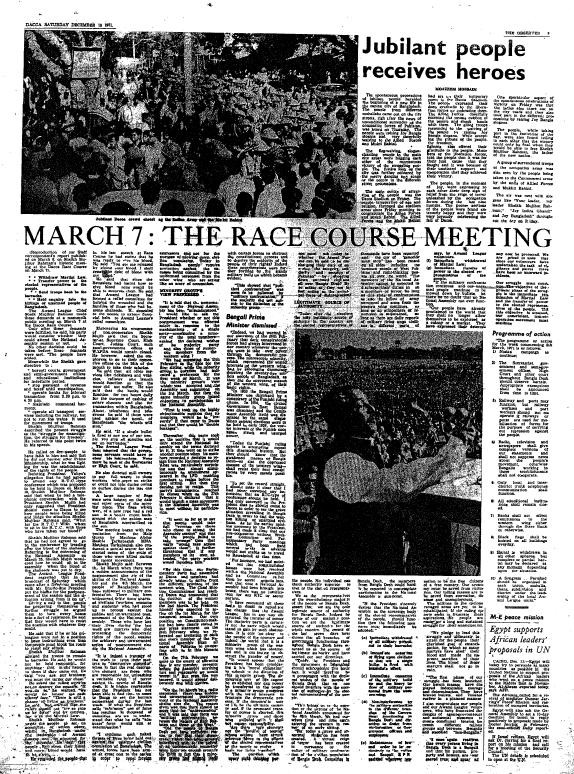 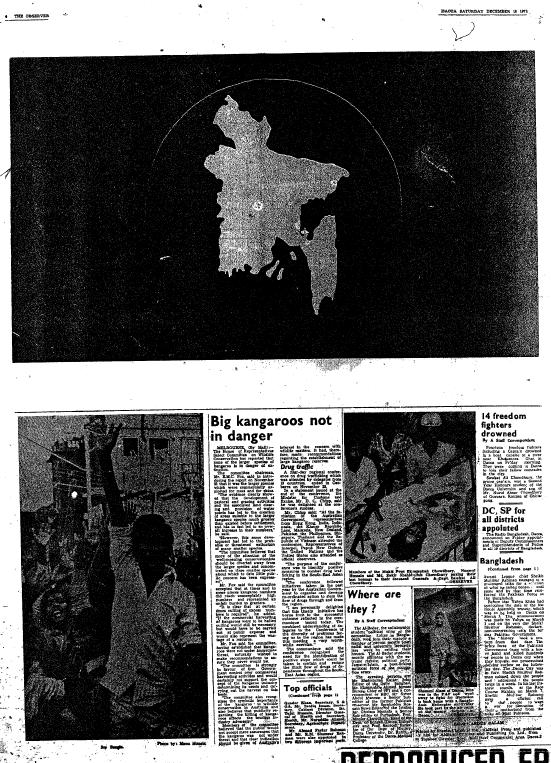 [Click any of the images above for a PDF of the complete 4 page issue of The Observer (Bangladesh Observer) from December 18, 1971]

The erstwhile Pakistan Observer newspaper, renamed The Observer, published its first issue in independent Bangladesh on December 18, 1971, two days after the Pakistan army surrendered to the joint forces of the Indian army and the Mukti Bahini. The banner headline read "Bangladesh comes into being".

The sovereign state of Bangladesh, the dream of 75 million of people has come into being. The barbarous Pakistan Army which had let loose a reign of terror in the fertile soil of Bangladesh for the last nine months unconditionally surrendered to the allied forces of India and Mukti Bahini in Dacca on Thursday thus bringing to an end of a chapter of this deltaic region by West Pakistan cliques.

The flag of Bangladesh was hoisted on housetops and business concerns soon after the news of surrender of the Pakistan Army was spread.

The new state which has already received recognition from its great neighbour and friendly state of India and the mountain kingdom of Bhutan is expected to get similar recognition from other countries who believe in the right of humanity and the oppressed people.

The full cost of the war in lives lost and destroyed was not apparent on the first day of publication. Over the next months, as news began to come in from all corners of Bangladesh – of mass graves, of rapes, of razed villages, of slaughterhouses – did the full magnitude of the genocide become apparent. Even the murders of the Bengali intellectuals just two days before liberation was not yet known. However, a small item on the last page of the newspaper raised a question whose answer we now unfortunately know. The item asked "Where are they?":

The Al-Badar, the collaborating student political wing of the occupation forces in Bangladesh took into their custody a number of persons mostly journalist and university lecturers last week by raiding their houses. The Al-Badar students, mostly affiliated with the extreme rightist political party Jamat-e-Islam, a boot-licking political force of the occupation army.

Last year, on the 35th anniversary of Bangladesh’s liberation, I had written that the future of secular Bangladesh hung in the balance. After the military takeover of Bangladesh last January, it appears the scales have tipped in favor of the Islamists. Sadly, more than three decades after independence Bangladesh is still fighting for its secular dream against ever increasing odds.

The dream of Shonar Bangla remains illusive and under threat.

This entry was posted in Bangladesh, Bangladesh Liberation War. Bookmark the permalink.