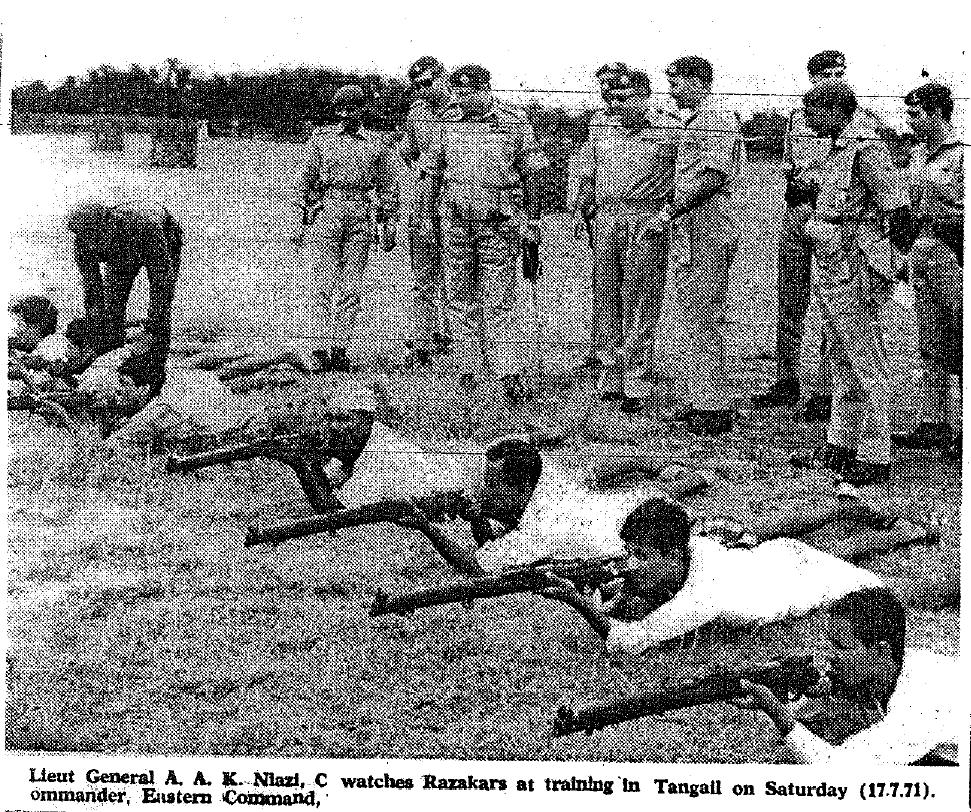 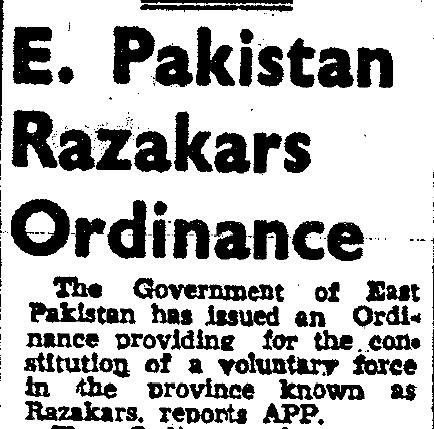 I received an email a few weeks ago from a friend. In it she wrote about conversations with some of her relatives in Bangladesh who were born after 1971. She was alarmed to hear how little her relatives knew about the Bangladesh Liberation War of 1971. A few of her relatives claimed that the Razakars did not even exist – apparently they were conjured up by the Awami League for political benefit. That the Razakars were officially created by the Pakistani military and trained and paid by the government of Pakistan should not be forgotten – and will become an important element in any future genocide trial.

The history of 1971 and the Bangladesh Genocide is under attack from revisionists and genocide deniers. The victims of this attack will be the younger generation of Bangladeshis unless we make an attempt to preserve that history.

The following are newspaper reports from The Pakistan Observer, the East Pakistani newspaper published from Dacca. The reports cover the period from March 26, 1971 to December 16, 1971. Under strict press censorship from the Pakistan military, the reports represent Pakistani military propaganda during the Bangladesh Liberation War. They also provide a glimpse into the Bangladesh Genocide from the point of view of the perpetrators. The phrases "Indian agents", "miscreants", "cleared", Peace Committee", "anti-state elements", etc. take on ominous meaning when these reports are married to what happened on the ground in 1971.

This entry was posted in Bangladesh, Bangladesh Liberation War. Bookmark the permalink.